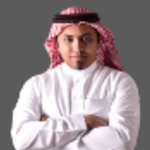 Four Dubai-Based App Startups That Got Funded in Q4 2016

Dubai-based Voice recording app WrappUp raised an undisclosed amount of seed funding. The round was led by BECO Capital, a venture capital firm focused on tech investments in the Middle East and North Africa (MENA). WrappUp uses intelligent voice recording to make speech searchable and the app is currently in Bet

Dubai-based online marketplace Mini Exchange plans to launch a new app after raising $3 million of funding. According Mini Exchange, the round was oversubscribed and included new investment from the Middle East and Africa. The company will launch an app in English and Arabic and expand into new markets

Eat, an app that allows diners across Dubai and Bahrain to discover gourmet restaurants and make reservations has snapped up $2 million of post-seed funding. The round was led by Bahrain-based investment fund Pinnacle. Eat is now eyeing new markets in the Middle East and beyond.

Middle Eastern online marketplace SOUQ.com invested an undisclosed amount into Dubai-based grocery ordering app InstaShop, in return for a “significant stake” in the company. Users can access their local supermarket through the app and have their groceries delivered in under one hour.

if you know other start up app based in Dubai and got funded in Q4 and was not mentioned here, let us know in the comment section